Material to assist in developing the correct mindset for owning & using a firearm.

How do bullets work?

Here a is quick intro to how does a round / bullet work ..
Read more

The logic behind this saying, in simple words mean: if you aim for centre mass, you might miss the body by a feet to the left or the right; but if you aim for the button on the shirt, you may miss the button by an inch left or right, and yet still hit the centre mass. To successfully complete this 'reflex' you need to practise the skill! You therefore have to first determine a certain position on the "gong" (metal target) and aim for that spot, otherwise if you just aim to hit the gong, you might miss it...

Psychologically he is prepared for what is going to happen within the next few minutes. Part of his "preparation" was to condition himself for the possibility that this could happen. A very strong spiritual presence as he prays "Lord, make me fast and accurate". The little boys have never aimed at a human being before, and as they are only children, they might have the PTSD to a much worse effect as their father. BUT, they have discipline in obeying their father, no matter what! There is a military lesson to learn from this as well! The combination between skill and spirit, are some of the traits within a true warrior.

On Sheep, Wolves and Sheepdogs 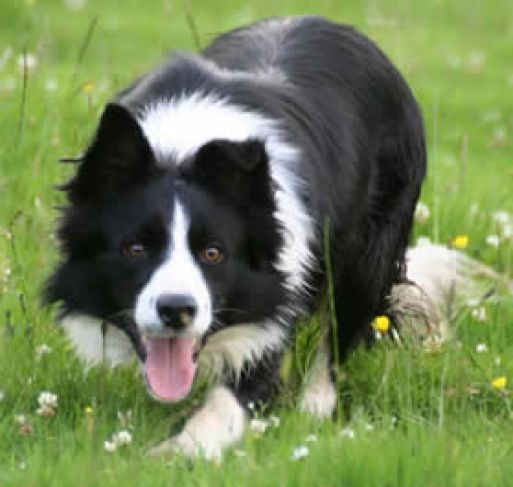 Remember this photo! Read the article! It might save your life...

On Sheep, Wolves and Sheepdogs (From the book, On Combat, by Lt. Col. Dave Grossman)
One Vietnam veteran, an old retired colonel, once said this to me: “Most of the people in our society are sheep. They are kind, gentle, productive creatures who can only hurt one another by accident.” This is true. Remember, the murder rate is six per 100,000 per year, and the aggravated assault rate is four per 1,000 per year. What this means is that the vast majority of Americans are not inclined to hurt one another.

Thus there is a paradox, and we must grasp both ends of the situation: We may well be in the most violent times in history, but violence is still remarkably rare. This is because most citizens are kind, decent people who are not capable of hurting each other, except by accident or under extreme provocation. They are sheep.

I mean nothing negative by calling them sheep. To me it is like the pretty, blue robin’s egg. Inside it is soft and gooey but someday it will grow into something wonderful. But the egg cannot survive without its hard blue shell. Police officers, soldiers and other warriors are like that shell, and someday the civilization they protect will grow into something wonderful. For now, though, they need warriors to protect them from the predators.
“Then there are the wolves,” the old war veteran said, “and the wolves feed on the sheep without mercy.” Do you believe there are wolves out there who will feed on the flock without mercy? You better believe it. There are evil men in this world and they are capable of evil deeds. The moment you forget that or pretend it is not so, you become a sheep. There is no safety in denial.

“Then there are sheepdogs,” he went on, “and I’m a sheepdog. I live to protect the flock and confront the wolf.” Or, as a sign in one California law enforcement agency put it, “We intimidate those who intimidate others.”

The sheep generally do not like the sheepdog. He looks a lot like the wolf. He has fangs and the capacity for violence. The difference, though, is that the sheepdog must not, cannot and will not ever harm the sheep. Any sheepdog that intentionally harms the lowliest little lamb will be punished and removed. The world cannot work any other way, at least not in a representative democracy or a republic such as ours.

Still, the sheepdog disturbs the sheep. He is a constant reminder that there are wolves in the land. They would prefer that he didn’t tell them where to go, or give them traffic tickets, or stand at the ready in our airports in camouflage fatigues holding an M-16. The sheep would much rather have the sheepdog cash in his fangs, spray paint himself white, and go, “Baa.”

Until the wolf shows up!

Here is how the sheep and the sheepdog think differently. The sheep pretend the wolf will never come, but the sheepdog lives for that day. After the attacks on September 11, 2001, most of the sheep, that is, most citizens in America said, “Thank God I wasn’t on one of those planes.” The sheepdogs, the warriors, said, “Dear God, I wish I could have been on one of those planes. Maybe I could have made a difference.” When you are truly transformed into a warrior and have truly invested yourself into warrior hood, you want to be there. You want to be able to make a difference.

Some people may be destined to be sheep and others might be genetically primed to be wolves or sheepdogs. But I believe that most people can choose which one they want to be, and I’m proud to say that more and more Americans are choosing to become sheepdogs.