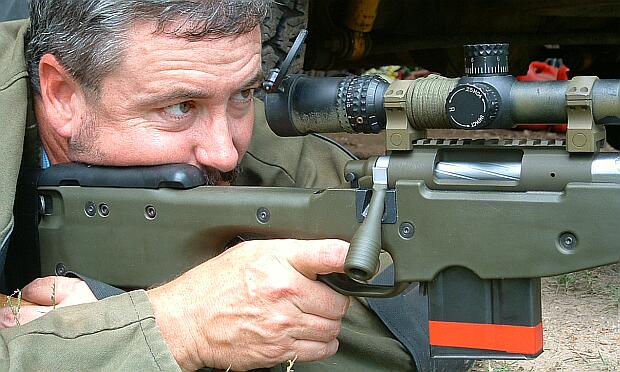 Terry Cross is truly one of the legends of our sport! Terry was born in East Texas and grew up in rural Louisiana and was introduced to formal rifle and pistol competitions in 1976. His desire to improve led him to begin actively competing against and learning from some of the best shooters in the U.S. and abroad. Exposure to top tier shooters and Law Enforcement professionals encouraged Terry to compete in larger National events and by 1987 he was testing himself against the best of the best.

KMW Long Range Solutions builds precision “work rifles” and their craftsmanship and attention to detail has kept the company backlogged since its inception in 1987. 1 Mil Right provides precision rifle training to shooters of all levels. Both KMW and 1 Mil Right have provided Terry with lifelong friendships and acquaintances with some of the finest people in the world. Many of those people also happen to be the most capable and gifted practitioners of this art and Terry credits them for making him a better person “in some way or another”.  Terry’s philosophy has always been to “keep an open mind and never become complacent by thinking I know it all”.

In addition to competing and building rifles, Terry's list of qualifications and groups he has served as an instructor for includes, but is not limited to:

Terry has 100’s of other top 10 finishes in regional, national, and international rifle and pistol competitions since 1979! We are fortunate to have Terry as a part of our CORE training cadre.